Two-photon photoemission (2PPE) is a variant of photoelectron spectroscopy which allows to investigate unoccupied electronic states located between the Fermi level and the vacuum level of a metal or semiconductor. A first (pump) laser pulse with photon energy ℏωa populates the unoccupied state |i>, a second (probe) laser pulse with photon energy ℏωb photoemits the electron. The measurement of its kinetic energy  by

provides a straightforward means to determine the binding energy Ei  of the unoccupied state with respect to the vacuum level.
Dynamical information can be obtained with time-resolved 2PPE. The intensity recorded from a given intermediate state as a function of the variable delay between the sufficiently short pump and the probe pulses is determined by the lifetime of the intermediate state.
Both,  spectroscopic and time-resolved 2PPE from surfaces benefit from angle-resolved detection of the photoelectrons. The photoemission process preserves the parallel momentum of the electron. It is simply given by

Since electronic states of well-ordered surfaces are fully characterized by their energy and parallel momentum, time- and angle-resolved 2PPE are able to provide extremely detailed information about the time-evolution of electronic excitations from two-dimensional systems.
Further expansion of the capabilities of 2PPE is possible by detecting the spin of the photoelectrons and by exploiting coherence phenomena.

An experimental apparatus for time- and angle-resolved 2PPE is shown schematically on the right hand side in the figure above. It consists of an ultra-high-vacuum (UHV) chamber equipped with instrumentation for surface characterization and a femtosecond laser system. The laser source is a Ti:sapphire amplifier system (Coherent RegA 9050) with selectable repetition rates between 10 and 250 kHz pumped by two Nd:YVO4 solid state lasers (Coherent Verdi V5/V10). The output of the amplifier feeds an optical-parametric amplifier (Coherent OPA 9450), which generates visible pulses between 470 and 700 nm with a pulse duration of about 50 fs and a pulse energy up to 400 nJ at 100 kHz repetition rate. Part of the visible light is doubled in thin BBO crystals and can be used for exciting unoccupied states as far as 5 eV above the Fermi level. The photoelectrons emitted by the visible pulses are detected by an hemispherical analyzer with an angle-resolved lens mode equipped with a two-dimensional image-type detector. The energy and angle resolution of this experiment reaches 30 meV and 0.42°, respectively. A two-dimensional spectrum recorded with this analyzer is shown on the left hand side in the figure above. To see two-dimensional spectra at variing delays between the exciting and photoemitting laser pulses together with the pump-probe traces of the first three image-potential states click on the on the link provided here or on the figure above.
We employ this apparatus for the investigation of image-potential states, interface states and scattering processes as well as for studies of electron dynamics of semiconductor surfaces.

The generation of high-order harmonics of a laser fundamental is mainly motivated by the application of time-resolved photoelectron spectroscopy for studies of ultrafast dynamics in solids and at solid surfaces. This technique is well established in the visible or near ultraviolet range but would benefit greatly from an extension into the XUV regime. A main advandtage is the high kinietic energy of photoemitted electrons since with an electron spectrometer of a certain acceptance angle a wider range of the electrons parallel momentum becoms accessable. A high repetition rate is hereby important in order to maintain good statistics while keeping the number of photoelectrons per pulse at a very low level.

We generated high-order harmonics by focussing the relatively weak (up to 6 μJ) laser pulses of the fundamental into a tight rare-gas jet at a high repetition rate of 100 kHz. Usually, as the generation of high-order harmonics requires intensities in the range of 1014 W/cm2, high-power laser systems are employed to drive this highly non-linear light conversion process. A tight focus geometry, however, opens the possibility to generate high-order harmonics using low pulse energies and therefore with currently available laser systems at up to MHz repetition rates. This is of great importance for a variety of applications.

By changing the type of rare-gas and adjustng the laser-intensity, the nozzle baking presuere and the postion on the nozzle relative to the laser focus, we are able to optimize the photon gain of a certain order H. Furthermore the stability of the tempral stability of the high-order gernration apparatus is impressive as shown in (d). 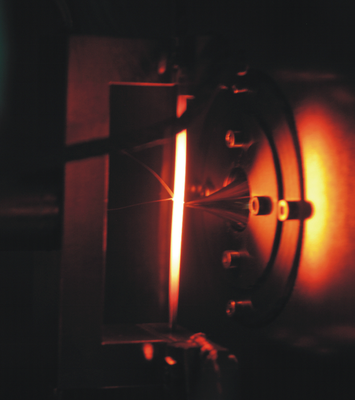 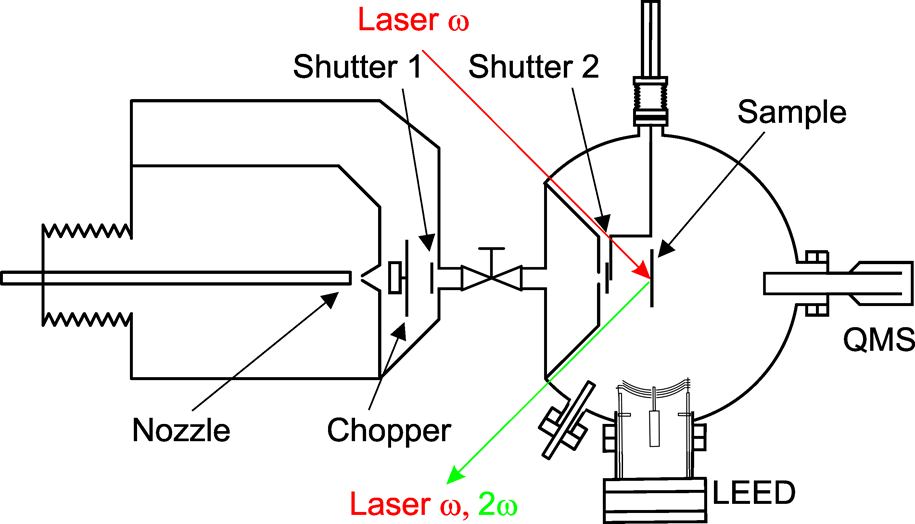 At the fast expansion of a gas through the opening of a heatable nozzle the thermal energy of the gas is directly transformed into the kinetic energy of the gas molecules. The well defined kinetic energy is measured by time of flight technique and can be adjusted by variing the temperature of the nozzle as well by using a seeded beam, i.e. using a dilute mixture of the target gas with small inert gas atoms of compareably high kinetic energy at the given temperature (e.g. Helium). The emerging molecular beam then can be used to to investigate the adsorption dynamics of the specific molecules at the surface of selected substrates by means of optical second harmonic generation (SHG) as well as the method of King and Wells. 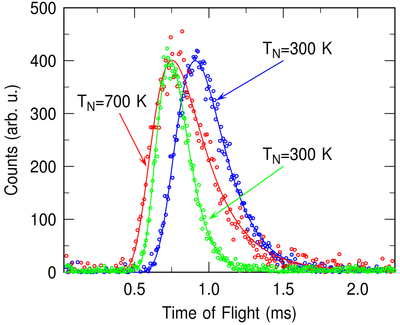 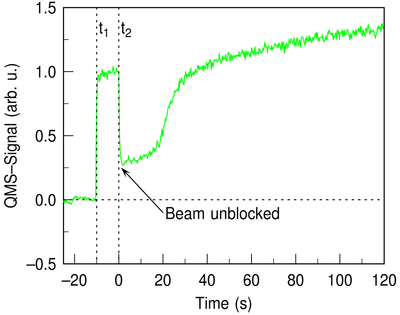 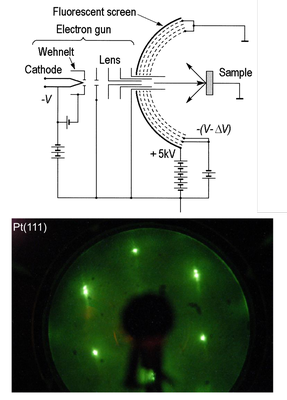 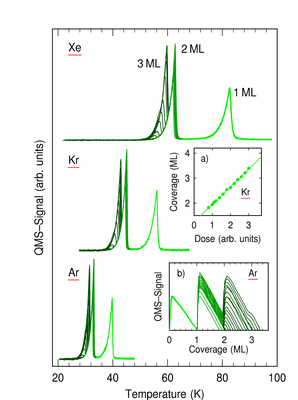 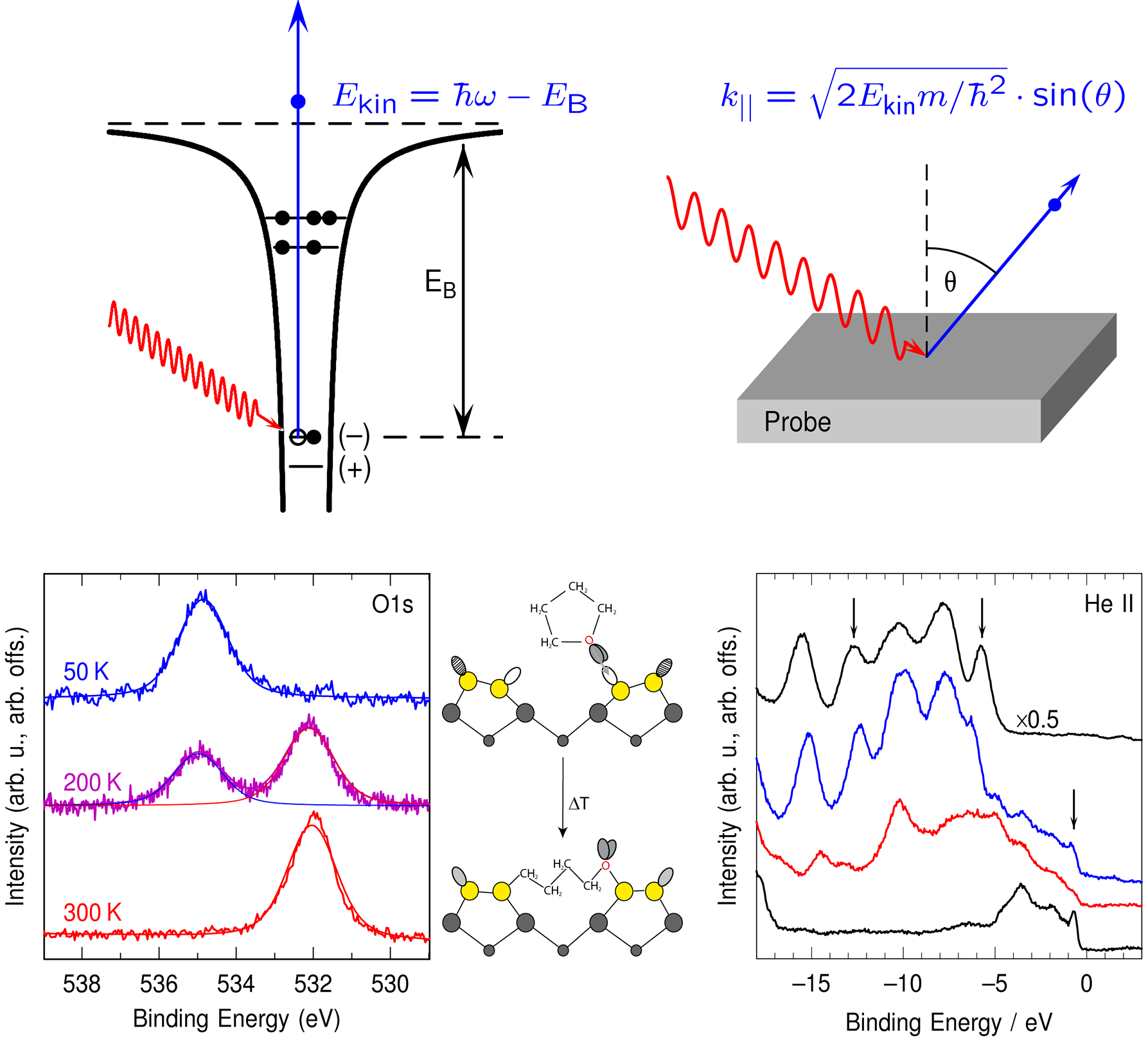